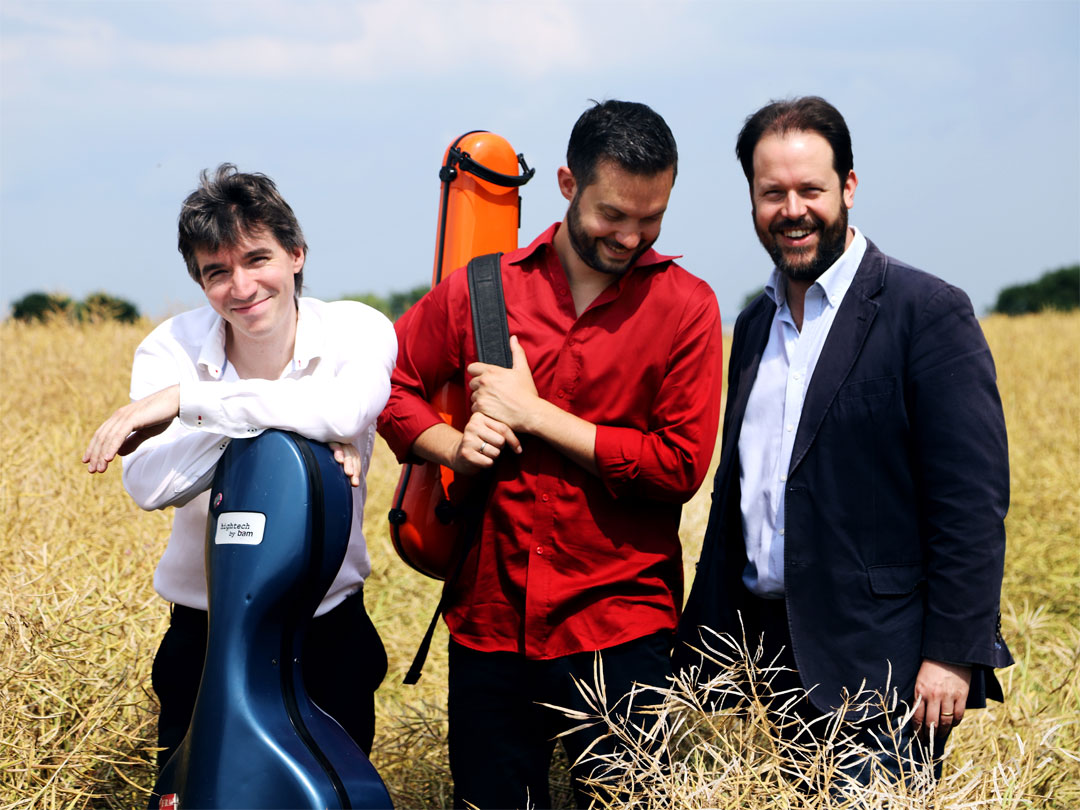 The Phoenix Piano Trio is established as one of today’s leading ensembles, bringing together three renowned players and praised for performances with a “musical narrative of tremendous, involving depth”.

The trio have performed at London’s Wigmore Hall, at the Ryedale Festival, the Killaloe Festival in Ireland, the Songmakers festival in Sheffield with soprano Joan Rodgers, the British Music Society in York, the Happy Days Festival in Eniskillen, the Leicester International Music Festival, and the London Chamber Music Society at Kings Place. They have recently recorded Cheryl Frances-Hoad’s The Forgiveness Machine for the Champs Hill label and Philip Venables’ Klaviertrio im Geiste for NMC (both works commissioned by the Phoenix Piano Trio).

Acclaimed for their honest and insightful interpretations that span the entire genre, in the Trio released in 2019 the first of a series of recordings capturing the intense musical output from Leipzig in the 1840s connecting composers such as Mendelssohn, Brahms, the Schumanns and Niels Gade. 2020 plans include a return to Wigmore Hall and a complete Beethoven cycle in several venues.

Violinist Jonathan Stone is an internationally acclaimed chamber musician, soloist, concertmaster and director. Jonathan was a member of the Doric String Quartet for 13 years, with whom he recorded 16 discs for Chandos Records. His final concerts with the ensemble at the Aldeburgh Festival were second in the Observer’s list of the top 10 classical music performances of 2018. Jonathan is dedicated to the art of period performance and regularly guest leads the French orchestra Le Circle de l’Harmonie.

Christian Elliott was appointed Principal Cellist of the Irish Chamber Orchestra in 2016, and is a member of the Zehetmair Quartet, with whom he has appeared at Europe’s most prestigious venues and music festivals. As a composer, he has been commissioned by cellist Steven Isserlis, the Francoise-Green Piano Duo, and violist Ruth Killius.

Sholto Kynoch is a sought-after pianist who specialises in chamber music and song accompaniment. In addition to a busy performance schedule and a fast-growing discography, he is the founder and artistic director of the Oxford Lieder Festival. He was elected a Fellow of the Royal Academy of Music in its 2018 honours.