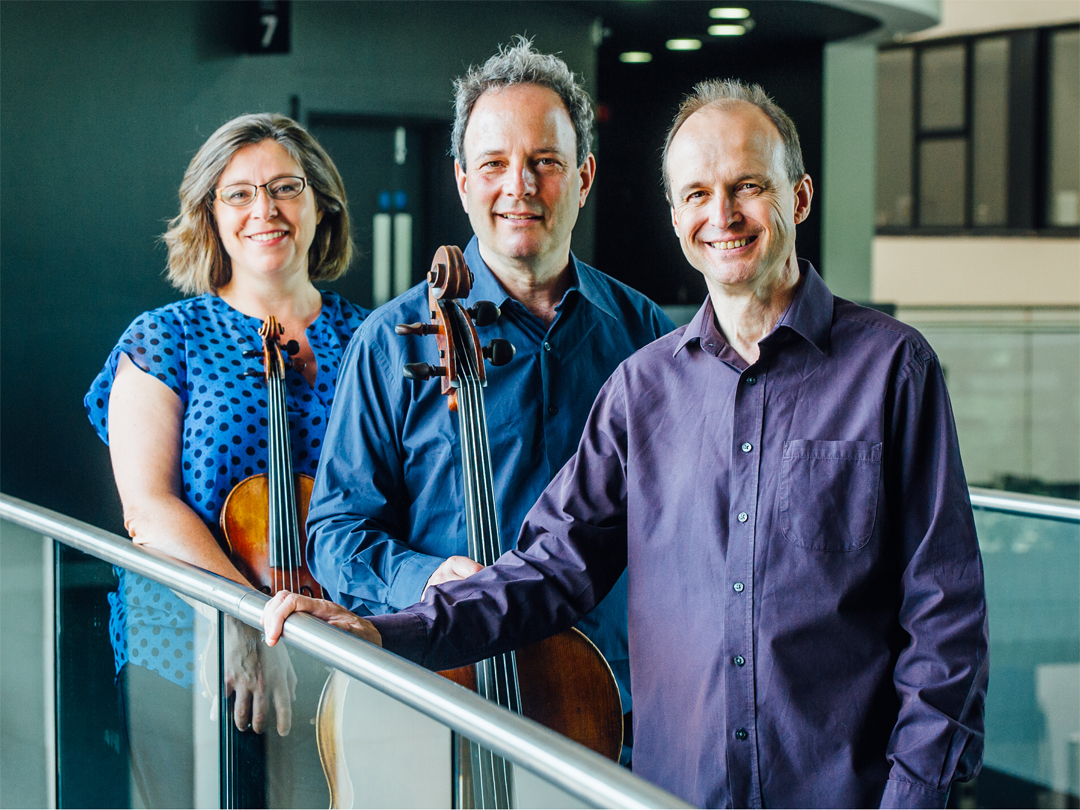 The Gould Piano Trio, directly compared to the great Beaux Arts Trio for their “musical fire” and “dedication to the genre” in the Washington Post, have remained at the forefront of the international chamber music scene for a quarter of a Century.

Launched by their first prize at the Melbourne Chamber Music Competition and subsequently selected as YCAT Artists, they were “Rising Stars”, making a highly successful debut at New York’s Weill Recital Hall, described by Strad Magazine as ” Pure Gould”.

Their many appearances at London’s Wigmore Hall have included the complete piano trios of Dvorak, Mendelssohn and Schubert, plus in the 2017-18 season, a Beethoven cycle to celebrate 25 years since their first appearance at this iconic venue.

Commissioning and performing new works is an important part of the trio’s philosophy of staying creative and freshly inspired. MacMillan’s 2nd Piano Trio was commissioned by them and premiered at the Bath International Festival in 2014 . In 2016, Simon Roland Jones graced the Goulds with his new trio, entitled “Eidford” (premiered at the North Norfolk Festival) and the next year saw them featured in the Hull “City of Culture”, performing former BBC Young Musician Mark Simpson’s graphically inspired piece for them, “After Avedon”, as part of the PRS’s New Music Biennial.

The trio and Robert Plane’s festival in Corbridge, celebrated its 20th year with a commission for Clarinet and Piano Trio from Huw Watkins, entitled Four Fables.This perennially popular event provides scope for the performance of many forms of chamber music and the opportunity to explore this repertoire with choice musical partners. Similarly, in “The Venue” at Leeds during 2017-18 the trio curated a whole season of six concerts entitled, ” Russia in Revolution”; a multifaceted delve into this exciting period.

The Goulds have made extensive tours of North America, the Far East and New Zealand, and have performed throughout Europe. In addition to concertising, they have given master classes at the Britten-Pears Young Artist Programme, Dartington, RWCMD and the Guildhall School of Music and Drama where, they enjoy discussing interpretation with the most promising young ensembles of our day.

“…what they produce, after playing for 20 years together, is simply extraordinary. The only comparison that comes to mind is the old Beaux Arts Trio; the combination of jeweler-like precision and a musical fire that ignites from the first bar…”