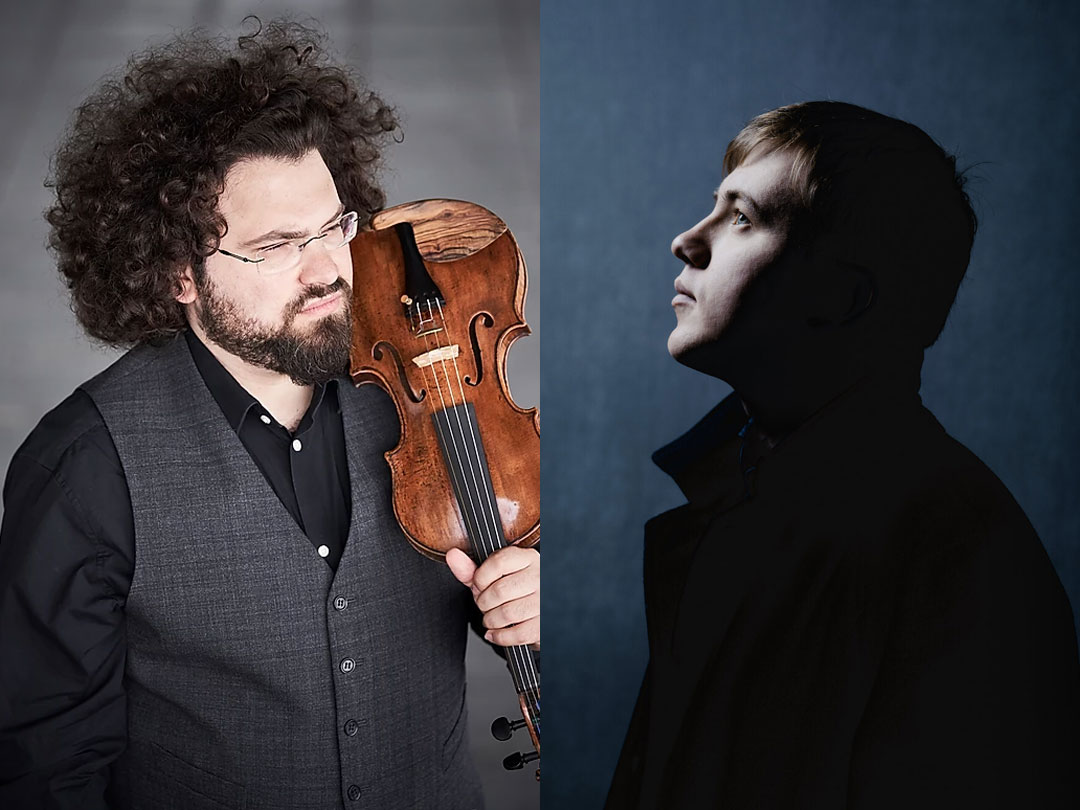 Born in Athens, of Albanian and Greek heritage, Jonian Ilias Kadesha is currently completing his Masters at the Kronberg Academy with Antje Weithaas.

As a soloist recent highlights include the Munich Radio Orchestra, Lübeck Philharmonic, Neue Philharmonie Frankfurt, Bad Reichenhall Philharmonic, the Greek Radio and the Thessaloniki State Orchestras in repertoire from Bach to Stravinsky.

Engagements during 2018/19 include concertos with the Royal Philharmonic Orchestra, Novaya Rossiya State Orchestra conducted by Yuri Bashmet, the Nidum Ensemble, Albanian Radio, Milano Classica and Coburg Philharmonic Orchestras. He records his second CD in collaboration with Deutschland Radio, returns to Open Chamber Music at IMS Prussia Cove and gives recitals at the Handelsbeurs Concertzaal, Gent and for SWR2 at Villa Ludwigshöhe Edenkoben. His first CD with pianist Nicholas Rimmer was released in 2017 to critical acclaim.

In 2010 Jonian co-founded the prize-winning Trio Gaspard who are Fellows at the Royal Northern College of Music. Sought after as a chamber musician Jonian has taken part in festivals across Europe, collaborating with Steven Isserlis, Ivry Gitlis, Nicolas Altstaedt, Thomas Demenga, Ilya Gringolts and Pekka Kuusisto, among many others. He has taken part in Kronberg’s Chamber Music Connects the World and the Verbier Academy Festival. Jonian was selected by YCAT in 2018.

“…a formidable violinist of full tone and strong personality.”

“To regard him simply as a huge talent is not enough ; there is an element of pure genius in this young man.”

“Kadesha has something of the appearance of a mad professor, and the energetic playing style of a Paganini.”

Since winning the First Prize and Audience Prize at the Telekom-Beethoven Competition in Bonn in 2015, Italian pianist Filippo Gorini has enjoyed a steadily rising career. His concert appearances have drawn unanimous acclaim on many prestigious stages such as the Berlin Konzerthaus, Hamburg Elbphilharmonie, Munich Herkulessaal, Società del Quartetto di Milano and the Samsung Concert Hall in Seoul.

Highlights of the 2018/19 season include recitals in the Tonhalle Zurich, Louis Vuitton Foundation Paris, Amici Della Musica Florence, Meany Center for the Performing Arts Seattle, Vancouver Playhouse amongst others and concertos with the Flanders Symphony Orchestra/Jan Latham-Koenig on their UK and Benelux tour and with Orchestra Verdi of Milan/Claus Peter Flor. In 2019/20, Filippo will make his debut in Salzburg with the Mozarteum Orchestra and will return to the US for the Cliburn Beethoven Festival.

Filippo’s debut disc featuring Beethoven’s Diabelli Variations, released in August 2017 on Alpha Classics, has garnered critical acclaim, including a Diapason d’Or Award and 5-star reviews on The Guardian, BBC Music Magazine, Le Monde, and more. A new CD is due to be released in January 2020. He has also received other awards such as “Una Vita per la Musica – Giovani” of the La Fenice Theatre, the Young Euro Classic Award, and the Beethoven-Ring of Bonn.

Alongside his solo career, Filippo continues to perform as a chamber musician: in 2016 he performed at “Chamber Music Connects the World” in Kronberg, with Steven Isserlis, who later invited him to take part in the Chamber Music Seminars in Prussia Cove. In the upcoming season, he will collaborate with violinists Jonian Ilias Kadesha and Marc Bouchkov in international concert performances. He follows actively the world of contemporary composition, and has played works by composers such as Stockhausen, Kurtág, Lachenmann, Gervasoni, Lanza in the past season alone.

After graduating with honours from the Donizetti Conservatory in Bergamo, and completing a Postgraduate Course at the Mozarteum University in Salzburg, Filippo continues his studies with Maria Grazia Bellocchio and Pavel Gililov, and is mentored by Alfred Brendel.