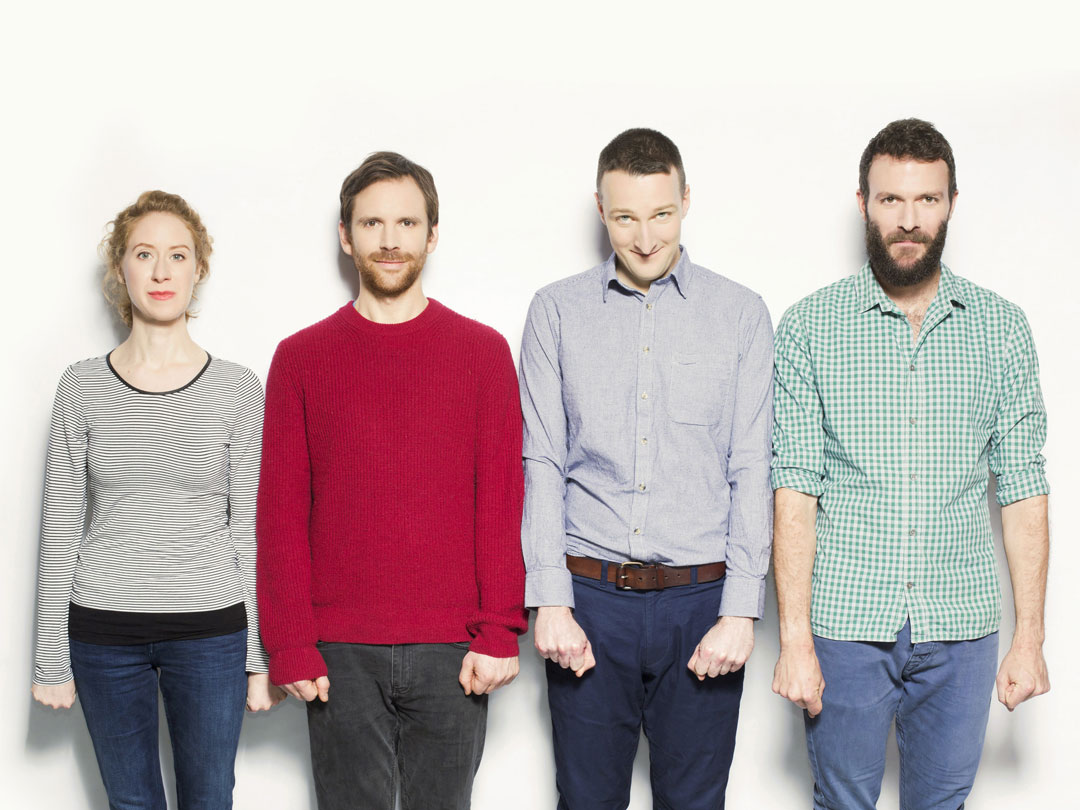 The charismatic and sought-after Heath Quartet won the 2016 Gramophone Chamber Award for their recording of the complete string quartets of Sir Michael Tippett, and in May 2013 became the first ensemble in fifteen years to win the prestigious Royal Philharmonic Society’s Young Artists Award. Formed in 2002 at the Royal Northern College of Music they were selected for representation by YCAT, awarded a Borletti-Buitoni Special Ensemble Scholarship and in 2012 won the Ensemble Prize at the Festspiele Mecklenburg-Vorpommern where they are now regular visitors.

Following their award-winning debut recording of Tippett on the Wigmore LIVE label, the quartet recorded two discs for the Harmonia Mundi/PIAS label featuring Tchaikovsky’s first and third quartets (November 2016) and the complete Bartók quartets (June 2017), the latter being shortlisted for the 2018 Gramophone Chamber Award and the winner of the 2017 Limelight Chamber Recording of the Year award.

During the 2019/20 season the quartet will perform a complete Beethoven quartet cycle over the course of three return visits to Middlebury College in Vermont as part of an ongoing residency. Beethoven also features in their debut at the Elbphilharmonie Hamburg, returns to Wigmore Hall and Handelsbeurs Ghent as well as in various appearances throughout the UK. The music of the Second Viennese School is also high on their agenda this season, with works by Berg, Webern and Schoenberg appearing on their forthcoming recording programme. Longtime artistic collaborator Carolyn Sampson (soprano) joins them on the recording, as well as in recital for their debut at Palau de la Musica Catalana in Barcelona.

Last season included the quartet’s Saffron Hall and Cheltenham Festival debuts as well as returns to Boulez Saal Berlin, Wigmore Hall and Aldeburgh Festival. They also made appearances at several European Festivals including Mecklenberg Vorpommern in Germany, Westport in Ireland and Norfolk & Norwich in the UK, among others.

Notable performances of previous seasons have included the world premiere of a John Tavener piece at the BBC Proms, concerts at the Beethovenfest Bonn, their debuts at the Musée d’Orsay and Louvre Auditorium in Paris and the World Premiere of Dobrinka Tabakova’s Highland Pastorale performed at their Cheltenham Festival debut. In 2018 they made their debut tour of New Zealand. In the UK, they have also performed at the Barbican, Bridgewater Hall, Sage Gateshead, Perth Concert Hall and Queen’s Hall Edinburgh. And in Europe they have appeared at the Kissingen Winterzauber and Schwetzinger Festivals as well as Concertgebouw Amsterdam, deSingel Arts Centre in Antwerp, Vara Konserthus in Sweden, Esterházy Palace, and the Musikverein and the Konzerthaus in Berlin and Vienna.

Strong exponents of contemporary music, the quartet have also worked with several leading composers including Hans Abrahamsen, Helen Grimes, Louis Andriessen, Brett Dean, Anthony Gilbert, Sofia Gubaidulina, Steven Mackey and John Musto. They took part in the European première of Steve Mackey’s Gaggle and Flock for string octet, the world première of John Musto’s Another Place with Carolyn Sampson at the Wigmore Hall as well as receiving unanimous critical acclaim for their performance of Ligeti’s Quartet No.2 and Thomas Ades’ Arcadiana for The Park Lane Group at the Purcell Room. In 2018 they embarked on a special project with Spanish director Calixto Bieto, in a co-production between the Birmingham Repertory Theatre and Holland Festival with performances throughout Europe. A revival of the project will be taken to Festival l’Automne Paris in October 2019.

The Heath Quartet are members of faculty at the Guildhall School of Music and Drama.

“It was lovely to hear playing that had a genuine intimacy about it.”

“Broad paragraphs of bold expression were avidly pursued but always stemmed from a lucid intellectual plane.”

“A performance exceptional in its perception…”

“…the music’s potency and bravura were conveyed with thrilling conviction.”