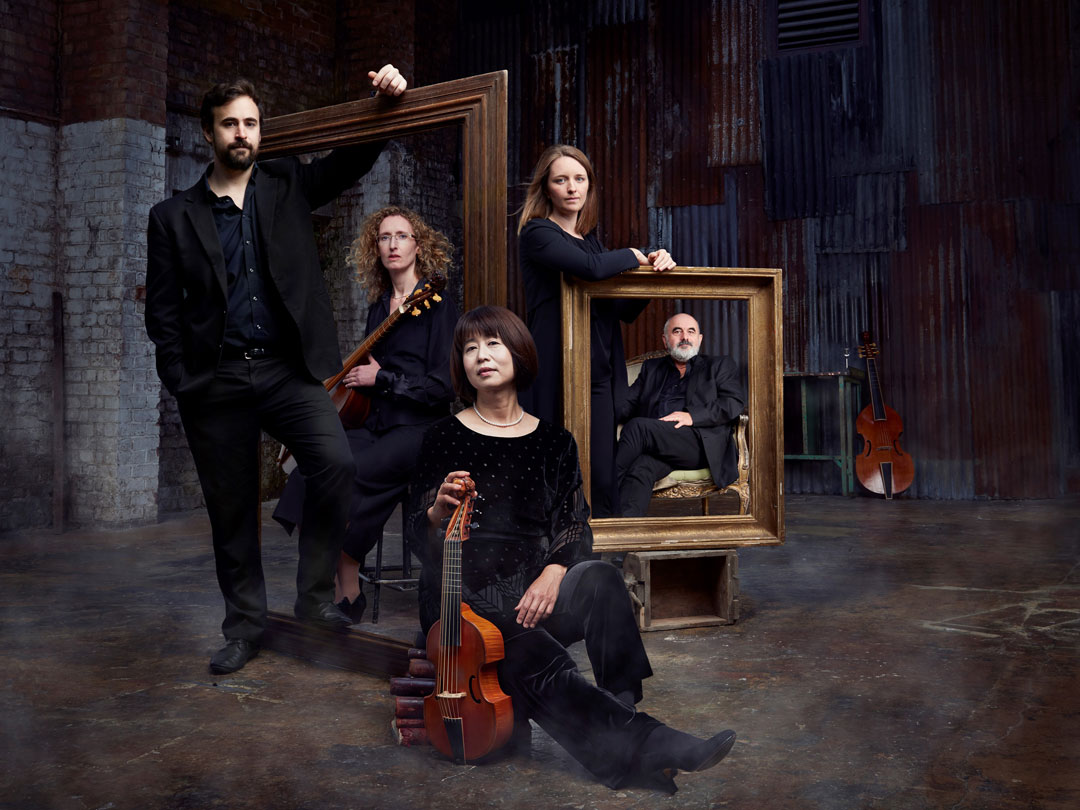 Few other ensembles can match the range of Fretwork’s repertory, spanning as it does the first printed music of 1501 in Venice, to music commissioned by the group this year. Their recordings of arrangements of J. S. Bach have won particular praise, but they have recently issued a disc containing music by Grieg, Debussy, Shostakovitch, Warlock & Britten. This extraordinary breadth of music has taken them all over the world in the 25 years since their debut, and their recordings of the classic English viol repertory – Purcell, Gibbons, Lawes & Byrd – have become the benchmark by which others are judged. Their 2009 recording of the Purcell Fantazias won the Gramophone Award for Baroque Chamber Music.

The consistently high standards they have achieved have brought music old and new to audiences hitherto unfamiliar with the inspiring sound-world of the viol.

“Fretwork is the finest viol consort on the planet.“

“I love this group; I love their timbre, I love the way the individual styles of the viol players tussle against and inform each other, I love the tension of their approach and the sound they create.“

“A fascinating, beautifully played programme … Fretwork addressed all this music with an easy-going virtuosity. In variation sets, the principal lines moved smoothly and easily from one instrument to the next, and in chordal music, the players produced a well-tuned, fully balanced sound with a delightfully tangy character.“

“Fretwork are without doubt one of the most expressive and ambitious of this country’s viol consorts.“

“One came to appreciate every minutely observed rise and fall of tension, every detail of immaculately groomed phrasing, as this first-rate ensemble demonstrated its art in Purcell Fantasias and In Nomines and four Lawes Consort Setts, ending with the wonderful one for six viols in C minor … and it was the majestic cumulative layering of polyphonic lines in the final work that offered Lawes and Fretwork at their most masterly. It is hard to imagine consort playing of greater refinement or subtlety than this.“

“Fifteen years on, Fretwork remain the world’s leading viol consort, and if this disc for new label Harmonia Mundi is anything to go by, we’re in for many years of electrifying playing. Outstanding.“

“Fretwork’s playing is all one could wish for.“

“No group play the viol repertoire with more flair and feeling than Fretwork.“

“The dynamic range of Fretwork is stunning, its tone vibrantly rich and its careful paragraphing and sensitive response to the lyrics bringing these songs to life.“