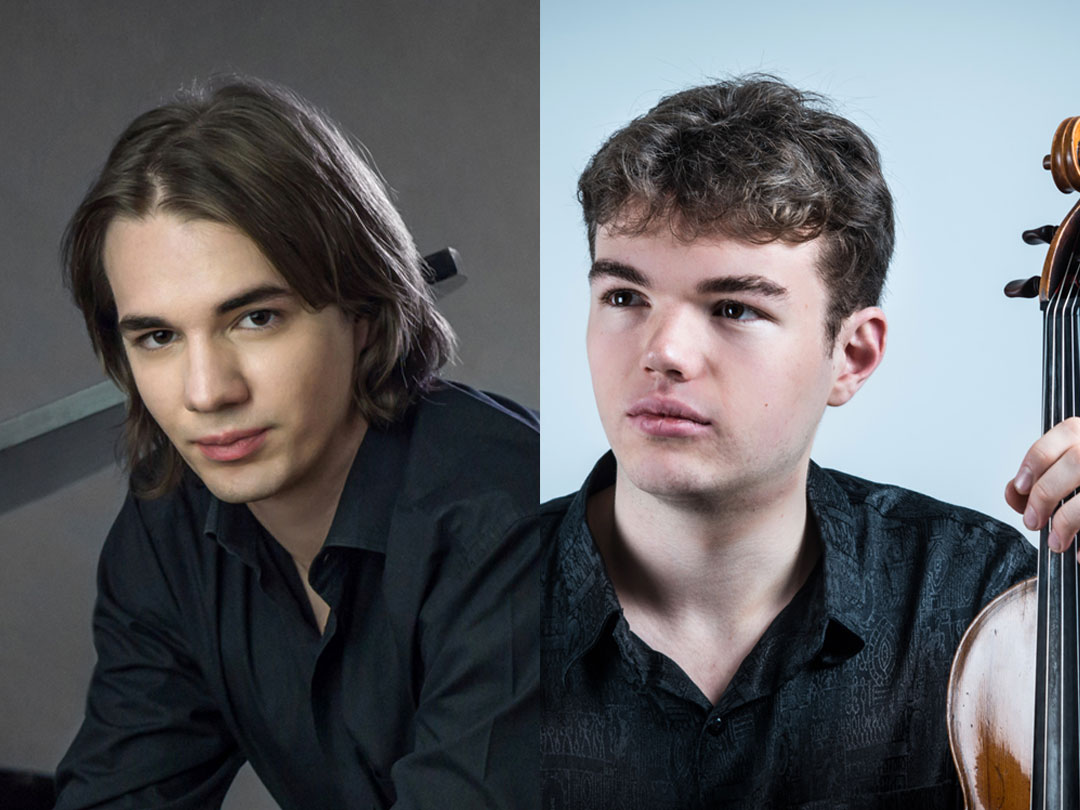 Born in London in 1995, Timothy Ridout studied at the Royal Academy of Music with Martin Outram, graduating in 2016 with the Queen’s Award for Excellence. He has also studied at the Kronberg Academy in Germany with Nobuko Imai.

Timothy has given recitals at Wigmore Hall, Munich Gasteig, Verbier Academy & Festival, and Schloss Elmau. He has taken part in the Eggenfelden Klassisch, Koblenz, Beethoven Bonn Festivals, IMS Prussia Cove Open Chamber Music and gives performances with the Nash Ensemble. He also appears as soloist with the Baden-Baden Philharmonie and he European Union Chamber Orchestra.

A keen chamber musician, Timothy has taken part in the Bad Kissinger Sommer Festival (Germany), Schubertiade Festival (Austria), Musique à Marsac (France), Accademia dei Cameristi (Italy), and the Next Generation Festival in Bad Ragaz (Switzerland). He was a member of the Celan Quartet between 2011-14, undertaking residencies at the Wye Valley Chamber Music Festival and Musikdorf Ernen (Switzerland). Timothy’s first CD is of music by Vieuxtemps for Champs Hill Records.

Timothy is very grateful for support from the Bowerman Charitable Trust.

“…praised for the warmth and eloquence of his tone.”

Daniel mades his recital debuts in the Young Concert Artists Series at the Kennedy Center in February 2016 and in New York in the Rhoda Walker Teagle Concert on March 1. He also appeared in recitals for the Buffalo Chamber Music Society, Hayden’s Ferry Chamber Music Series, the Port Washington Library, the Levine School of Music, and the Paramount Theatre. In the UK, Danielhas appeared in recital at London’s Steinway Hall, the Colston Hall in Bristol, the Pounds Arts Centre in Wiltshire, the North Fylde Music Circle, the Darlington Piano Society, and as soloist with the Plymouth Symphony Orchestra. He has also performed at Germany’s Usedom Music Festival and given recitals at the Bela Bartok Memorial House in Budapest, at the Senate House in London, at the Musée du Louvre in Paris, and at various concert venues in Hungary, Austria and Japan. As a result of winning the Royal Academy of Music’s prestigious Patron’s Award, Daniel gave his Wigmore Hall recital debut in May 2015.

As a very active chamber musician, Daniel performed at the BBC Proms in a Composer Portrait of Olga Neuwirth, which was recorded and broadcast by BBC Radio 3 in 2012). He has also performed with Mark van de Wiel, principal clarinet of the Philharmonia Orchestra, in the Clarinet Sonatas by Brahms.

“Taking a daringly fast tempo, Mr. Lebhardt dispatched the music [Beethoven’s Sonata no 16 in G, op 31, no 1] with scintillating crispness and conveyed its brash humor. But the breathless energy of his account also teased out the sonata’s heedless daring. He revealed the slyness at work in the Adagio, with its almost mock-elegant trills and swirling passagework. The final Rondo was an impish, brilliant delight.“