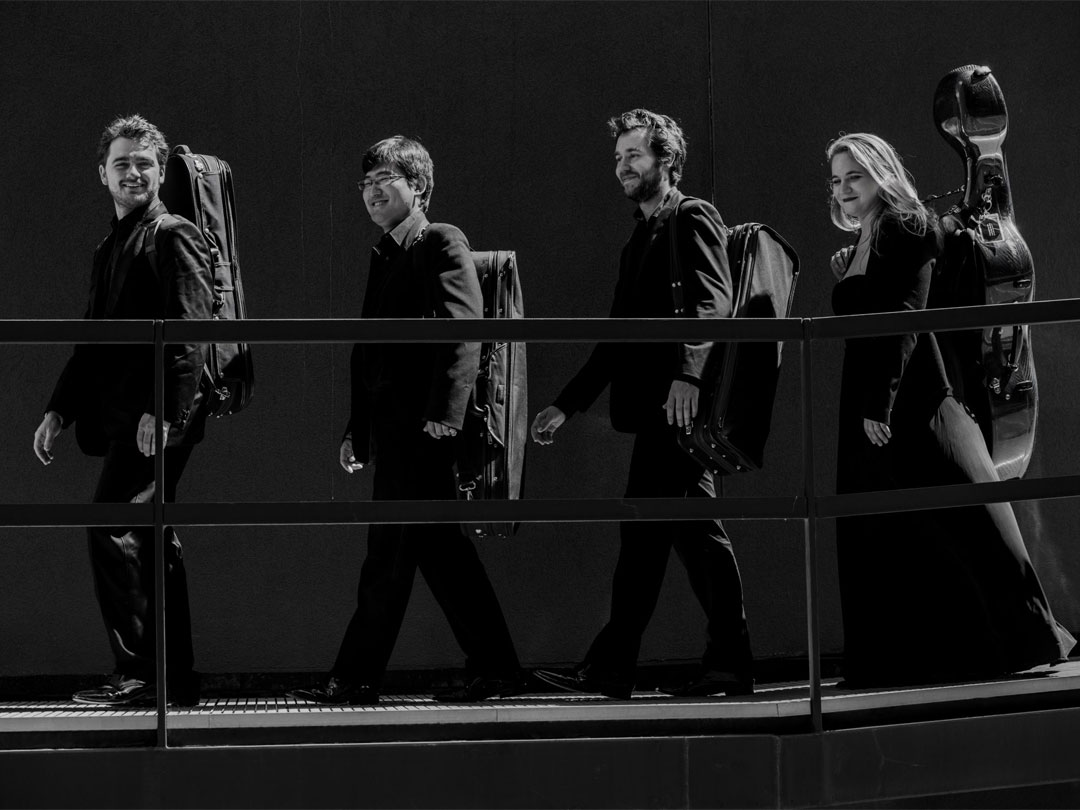 Taking their name from the great 19th-century cellist and Royal Academy professor, Alfredo Piatti, the Piatti Quartet are one of the most distinguished quartets of their generation. Prizewinners at the 2015 Wigmore Hall International String Quartet Competition, they have performed in all the UK’s major venues and festivals as well as giving concerts throughout the world, with national broadcasts on BBC Radio, ABC (Australia), RTÉ (Ireland) and France Musique.

The Piattis are renowned for their diversity, commitment and passionate interpretations across the spectrum of quartet writing. They regularly perform world premieres of new compositions  alongside old masterpieces and are particularly known for expanding the quartet genre through their collaborations with leading British composers. Recent commissions and premieres include new works by Mark-Anthony Turnage; Darren Bloom; Emily Howard (The Music of Proof, with celebrated mathematician Marcus du Sautoy); Simon Holt; Freya Waley-Cohen; and Jacques Cohen. The quartet have also collaborated with artistes such as Ian Bostridge, Michael Collins, Krzysztof Chorzelski, Julius Drake, Charles Owen and Guy Johnson.

The quartet commissioned Joseph Phibbs’ String Quartet No 1, which features on a recording alongside Mark-Anthony Turnage’s “Twisted Blues with Twisted Ballad” and classics by Britten and Bridge for release on the Champs Hill label. Other recordings have been released on Linn Records, NMC and Champs Hill =, including the Piattis’ lauded contribution to the complete string quartet works of Felix Mendelssohn (Champs Hill), which was BBC Music Magazine’s Critic’s Choice (September 2014). The quartet have also featured on a jazz concept album released by 33 Records to critical acclaim, including a 4.5* review from Downbeat Magazine.