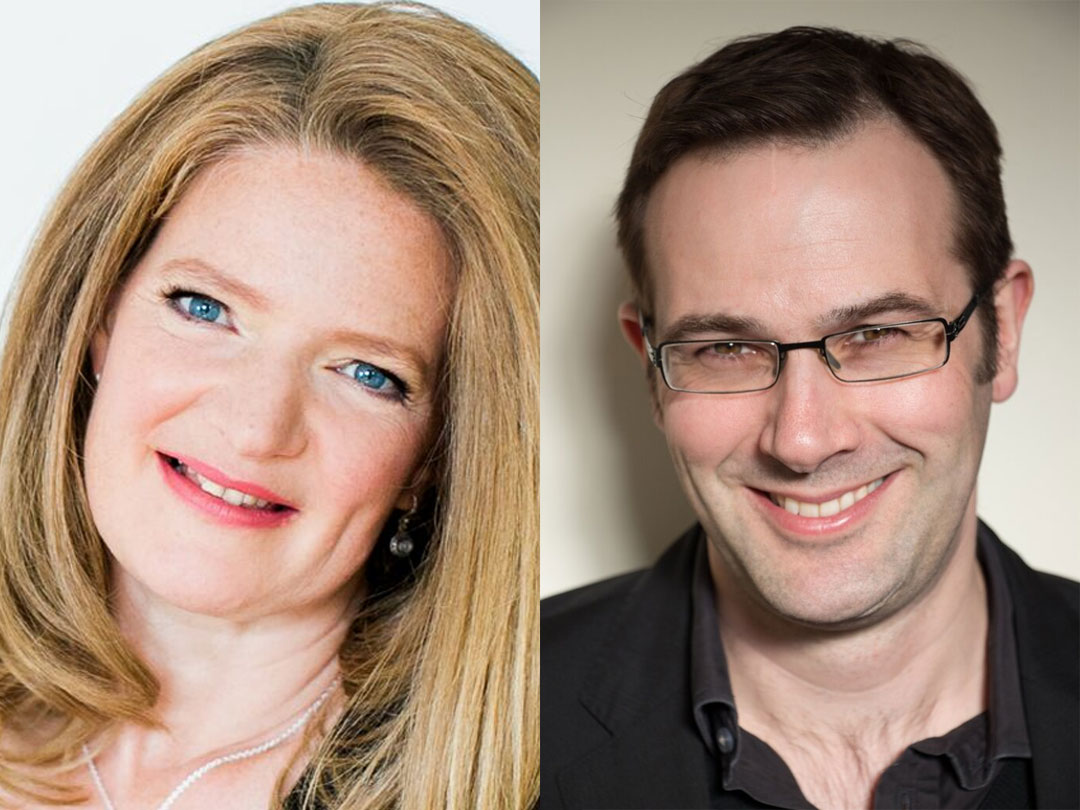 Over the last two decades Rachel Podger has established herself as a leading interpreter of the Baroque and Classical periods and has recently been described as “the queen of the baroque violin” (Sunday Times). In October 2015 Rachel was the first woman to be awarded the prestigious Royal Academy of Music/Kohn Foundation Bach Prize. She was educated in Germany and in England at the Guildhall School of Music and Drama, where she studied with David Takeno and Micaela Comberti.

Rachel has enjoyed countless collaborations as director and soloist with orchestras all over the world. Highlights include Arte dei Suonatori (Poland), The Academy of Ancient Music, The European Union Baroque Orchestra, Holland Baroque Society, Philharmonia Baroque Orchestra, Tafelmusik (Toronto), The Palladian Ensemble, Florilegium, The English Concert and The Orchestra of the Age of Enlightenment. Rachel has also collaborated, toured and recorded extensively with fortepianist Gary Cooper. She is resident artist at Kings Place for their 2016 season titled Baroque Unwrapped.

Rachel is founder and Artistic Director of the Brecon Baroque Festival, an annual four-day event bringing top-flight period musicians to the Brecon Beacons. She is an honorary member of both the Royal Academy of Music, where she holds the Micaela Comberti Chair for Baroque Violin (founded in 2008), and the Royal Welsh College of Music and Drama, where she holds the Jane Hodge Foundation International Chair in Baroque Violin.

Christopher Glynn is a Grammy award-winning pianist and accompanist. He is also artistic director of the Ryedale Festival, programming around 60 events each year in the many beautiful and historic venues of Ryedale, North Yorkshire.

A regular artist at Wigmore Hall, Chris also performs in major concert venues and festivals throughout Europe, appearing at the BBC Proms, Carnegie Hall, Barbican Centre, Aldeburgh, Oxford Lieder, Leeds Lieder and Edinburgh festivals, and touring throughout Europe and to USA, Japan, China, Brazil, Sri Lanka, Russia and Canada. He has made many CD recordings and is often heard on BBC Radio 3.

Chris was born in Leicester and read music at New College, Oxford, before studying piano with John Streets in France and Malcolm Martineau at the Royal Academy of Music. His many awards include the accompaniment prize in the 2001 Kathleen Ferrier competition, the 2003 Gerald Moore award and the 2002 Geoffrey Parsons award.

An interest in bringing classical song to a wider audience recently led Chris to commission Jeremy Sams to create new English translations of Schubert’s song cycles. The Fair Maid of the Mill, Winter Journey and Swansong have been performed widely and recorded for Signum Records. (“There’s no faulting Glynn’s detailed, sensitive piano-playing…” – Gramophone.) Chris and Jeremy have also collaborated to make a new staged version of Hugo Wolf’s Italian Songbook. (“An utterly and unexpectedly disarming performance…” – The Times *****.)

Chris enjoys working with young musicians and is a Professor at the Royal Academy of Music and Royal College of Music. He is also a course leader for the Samling Institute and Britten-Pears Young Artist programme, an adjudicator for many international competitions. Away from the piano, Chris is President of Chiltern Arts and a Vice-President of Music in Hospitals and Care.