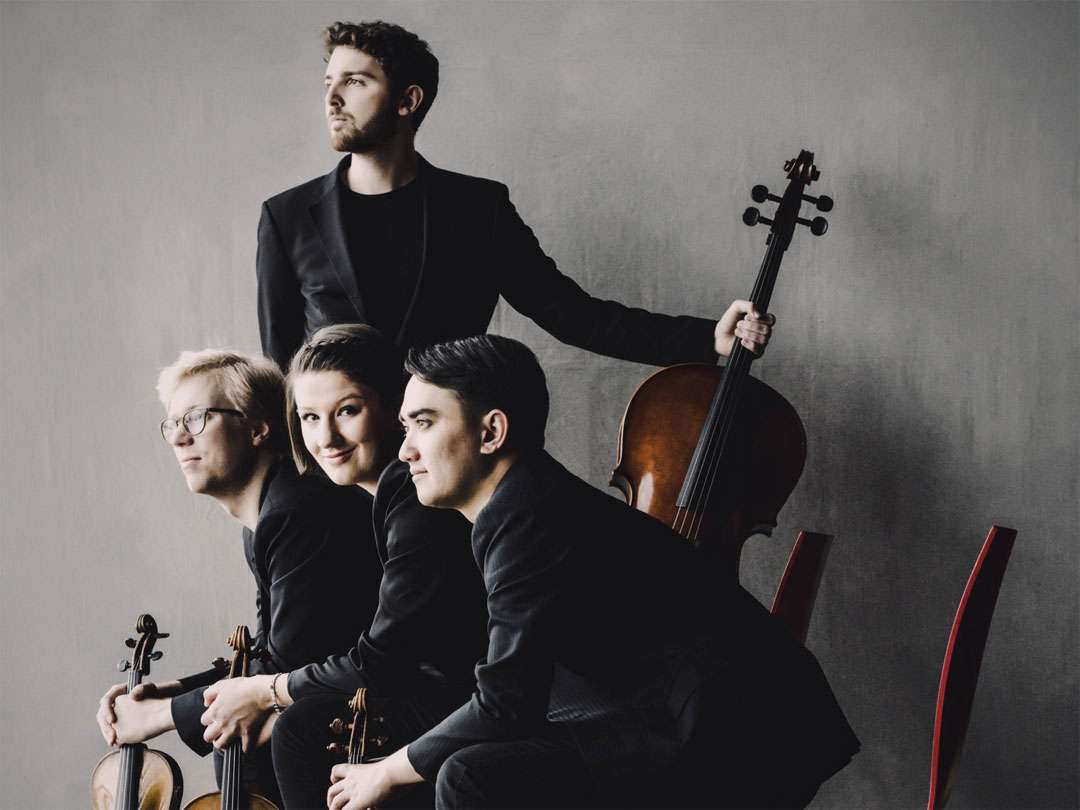 The Marmen Quartet are the first winners of Music In The Round’s “Bridge” scheme and winners of the Royal Philharmonic Society Albert and Eugene Frost Prize. They also featured as a Selected Artist with Making Music for 2017, and are Ensemble in Residence with Salomon Smith Chamber Music Society. Performing regularly in venues around the UK and internationally, they were founded at the Royal College of Music, London, in 2013. They consist of individually acclaimed musicians Johannes Marmen, Ricky Gore, Bryony Gibson-Cornish and Steffan Morris.

Since their formation, the Marmen Quartet have enjoyed masterclasses with Shmuel Ashkenazi, Rainer Schmidt, Eberhard Feltz and Johannes Meissl, and were mentored by Peter Cropper. They study regularly with Oliver Wille at the Hmtm in Hannover and at the Birmingham Conservatoire, where they are Associate Ensemble. During 2017-18, Simon Rowland-Jones is mentoring the group through an Artist Diploma course at the Royal College of Music, London.

Highlights in recent years have included collaborations with Ensemble 360 and the Sacconi Quartet, a two week residency with Aldeburgh Music and live appearances on Swedish Radio and BBC Radio 3’s “In Tune” programme. In the summer of 2017 they took part in Foco Boulez festival at the Teatro Colón in Buenos Aires, where they performed in a variety of programmes and settings as well as quartet recitals. They will come back to Buenos Aires in late 2018 to embark on their first Beethoven cycle.