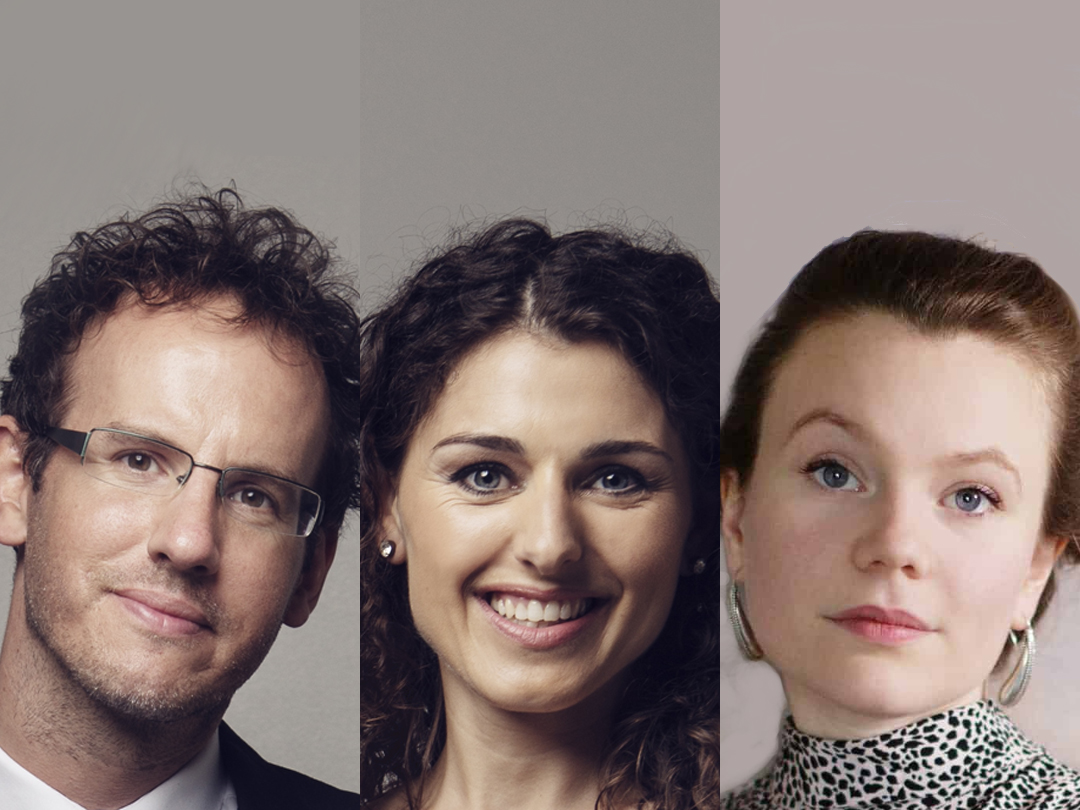 Acclaimed as a pianist of “amazing power and panache” (The Telegraph), Clare Hammond is recognised for the virtuosity and authority of her performances and has developed a “reputation for brilliantly imaginative concert programmes” (BBC Music Magazine, ‘Rising Star’). In 2016, she won the Royal Philharmonic Society’s ‘Young Artist Award’ in recognition of outstanding achievements. Highlights that year included a performance at the Royal Festival Hall with the Philharmonia and a series of three concerts at the Belfast International Arts Festival, broadcast as part of the BBC Radio 3 Lunchtime Concerts series.

BBC Radio 3 and the Royal Liverpool Philharmonic Orchestra have recently co-commissioned composer Kenneth Hesketh to write a concerto for Clare, to be premiered in 2019 with the BBC National Orchestra of Wales. Her most recent disc for BIS, of music by Ken Hesketh, has been widely praised with the Observer describing her as a “star interpreter of contemporary music”. Her previous release, ‘Etude’, received unanimous critical acclaim for its “unfaltering bravura and conviction” (Gramophone) while the BBC Music Magazine stated that “this array of wizardry is not for the faint hearted”. ‘Etude’, and Clare’s previous disc of music by Andrzej and Roxanna Panufnik, ‘Reflections’, have been featured on BBC Radio 3’s ‘In Tune’ and ‘CD Review’, and on radio in Switzerland, Sweden, the Netherlands, the US and Canada.

In 2015, Clare performed at the Barbican Hall, where The Guardian described her as a “dazzling athlete”, and recorded discs for Sony, BIS and Signum. She also made her film debut as the younger version of Maggie Smith’s character, ‘Miss Shepherd’, in the Alan Bennett film adaptation, The Lady in the Van, directed by Nick Hytner. In 2014, Clare gave a Panufnik Centenary tour of Poland with a series of recital and concerto performances, under the auspices of the British Council’s ‘Artists’ International Development Fund’. Her debut recital at the ‘Chopin and his Europe Festival’ in Warsaw was recorded for broadcast on Polish Radio. Clare also co-curated and managed the festival ‘Panufnik 100: a family celebration’ with the Brodsky Quartet at Kings Place in London which was hailed as the “culmination of this year’s Andrzej Panufnik centenary” (The Telegraph).

Contemporary music forms an important part of Clare’s work. She has given 35 world premieres including those of major works by composers Robert Saxton, Michael Berkeley, John McCabe and Arlene Sierra. Recently she has premiered and recorded concertos for trumpet and piano by Geoffrey Gordon, Toby Young and Nimrod Borenstein with Simon Desbruslais and the English Symphony Orchestra, to be released on Signum Records.

Clare completed a BA at Cambridge University, where she obtained a double first in music, and undertook postgraduate study with Ronan O’Hora at the Guildhall School of Music & Drama and with Professor Rhian Samuel at City University London. She completed a doctorate on twentieth-century left-hand piano concertos in 2012 and is in demand as a speaker, regularly giving presentations for research series at universities across the UK. In 2014 she was paired with French pianist Anne Queffélec on the Philip Langridge Mentoring Scheme run by the Royal Philharmonic Society.

Matthew and Emma Denton are on half of the renowned Carducci Quartet. Described by The Strad as presenting “a masterclass in unanimity of musical purpose, in which severity could melt seamlessly into charm, and drama into geniality”, the Carducci Quartet is recognised as one of today’s most successful ensembles. Performing over 90 concerts worldwide each year, the quartet also run their own recording label, Carducci Classics; an annual festival in Highnam, Gloucester; and have curated their own Carducci Festival in Castagneto-Carducci, the town from which they took their name.

2015 saw the quartet present the complete catalogue of Shostakovich’s String Quartets across a number of international cycles to commemorate 40 years since the composer’s death. The project was accompanied by a recording of quartet’s number 4, 8 and 11, their second disc for Signum Classics. Further to this, the quartet toured Germany, Holland and Colombia and collaborated with guitarist Craig Ogden, clarinettist Emma Johnson, cellists Guy Johnston and Christian-Pierre La Marca.

Highly celebrated for their interpretation of contemporary repertoire, the Carducci Quartet is regularly invited to perform new works. They presented the world premiere of Anthony Gilbert’s cello quintet, Haven of Mysteries with Guy Johnston, and curated two projects at Kings Place, London around Steve Reich and Philip Glass.

2013 saw the release of two recordings: Into the Ravine with Nicholas Daniel, their debut release for Signum Classics, featuring British works composed for the ensemble, and Alexander Raskatov’s Monks Music, listed as one of the top 5 classical recordings of 2013 by the Irish Times. The quartet has also received wide critical acclaim for recordings on their own record label, and their catalogue features two world premiere recordings: works by G Whettam (“recording of the month”, MusicWeb International) and J Horovitz (“beautifully crafted works…excellent performances”, BBC Music Magazine). They have also recorded Vivaldi and Piazzolla with the Katona Twins Guitar Duo for Channel Classics, as well as Philip Glass for Naxos.

“…a performance of supreme clarity, focus and precision.”

“…playing of constant variety, a masterclass in unanimity of musical purpose.”

“…technical rigour, penetrative musical insight and lively yet unified individualism… winning in every sense of the word…”