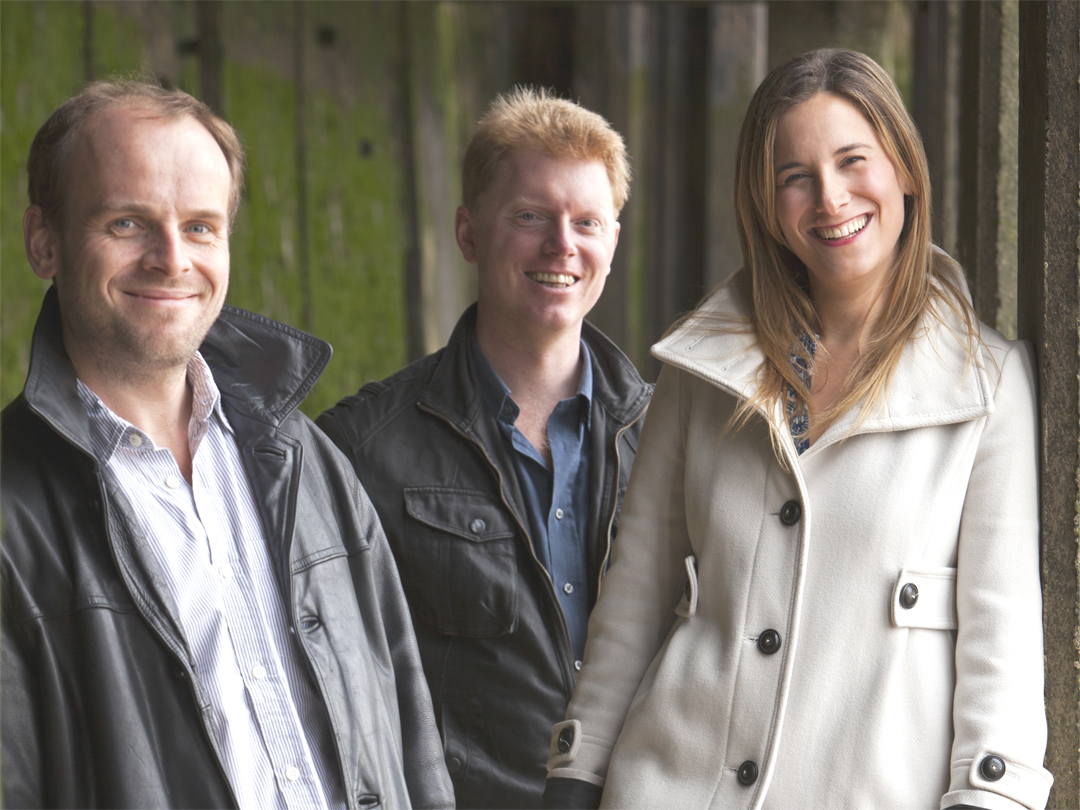 The Leonore Piano Trio bring together three internationally acclaimed artists whose piano trio performances under the umbrella of Ensemble 360 were met with such enthusiastic responses that they decided to form a piano trio in their own right. The trio have already given a concert series in Italy, followed by a three- week tour of New Zealand, where their concert in Hamilton was broadcast on Radio New Zealand. The Trio also played to and coached a group of young musicians as part of the Sistema Aotearoa programme, gave a concert in the New Zealand Parliament, and were adjudicators of the Royal Over-seas League New Zealand Chamber Music Competition.

The trio gave the first ever performance of “Holkam Beach”, a piece written for and dedicated to them by Simon Rowland-Jones and have been asked by the eminent composer David Matthews to record his three Piano Trios. The trio have recorded discs of the two Arensky Piano Trios for Hyperion and the trios of David Matthews.

Tim has been playing with violist Robin Ireland since 2008 and they have toured Britain extensively. Their Nimbus Alliance disc of Shostakovich and Prokofiev was highly acclaimed on its release. They have also released a disc of the Brahms Sonatas and the Schubert Arpeggione Sonata.

Born in Nottingham, Benjamin Nabarro attended Chetham’s School of Music in Manchester before studying at the Royal Academy of Music with Erich Gruenberg, and later in Chicago with Shmuel Ashkenasi. Described by Musical Opinion magazine as “an outstanding artist”, Benjamin’s performances have taken him throughout Europe, North America, Africa, and the Far and Middle East. As a soloist, director and guest concertmaster he has appeared with groups such as the English Chamber Orchestra, Philharmonia and BBC Symphony Orchestra, among others. In 2009 he was appointed first violinist of Ensemble 360. Formed in 2005 to take up residency in South Yorkshire with Music in the Round, Ensemble 360 brings together eleven world-class musicians to form one versatile group; five string players, five wind players and a pianist. Benjamin also plays regularly with the Nash Ensemble, and has appeared at the BBC proms as well as venues worldwide. As a recording artist, he can be heard on the Hyperion and Dutton labels, among others.

Winner of the prestigious Pierre Fournier Award at Wigmore Hall in 2007, Gemma Rosefield made her concerto debut at the age of sixteen, when she won First Prize in the European Music for Youth Competition in Oslo, Norway, playing a televised performance of the Saint-Saens Concerto with the Norwegian Radio Symphony Orchestra. Other numerous awards and prizes include the Premier Prix Maurice Ravel in France. Gemma studied with David Strange at the RAM, where she gained the Vice-Principal’s Special Prize, and then with Ralph Kirshbaum at the RNCM, where she won the coveted Gold Medal.

She has also studied with Johannes Goritzki, Gary Hoffman, Bernard Greenhouse and Zara Nelsova, and has participated in masterclasses with Frans Helmerson, Steven Isserlis and Yo-Yo Ma. Gemma has performed with eminent musicians such as György Pauk, Menachem Pressler and Stephen Kovacevich, with whom she played at Dartington. Gemma has a deep interest in contemporary music, and works have been written for her by David Matthews, Cecilia McDowall, James Francis Brown, Julian Dawes, Rhian Samuel and David Knotts. Described by The Strad on her 2003 Wigmore Hall debut as “amesmerising musical treasure”, by the London Evening Standard in 2005 as “a phenomenal talent”, and featured in BBC Music Magazine as “one to watch” in 2007, Gemma made her solo debut in the Concertgebouw, Amsterdam and in the Diligentia, The Hague, in the New Masters International Recital Series.

Gemma gave the highly successful Pierre Fournier Award recital in September 2008 at Wigmore Hall, and also the 2008 and 2009 Jacqueline du Pré Memorial Concerts at the same venue. She has performed Michael Ellison’s Concerto for cello, Turkish instruments and orchestra with the BBC Symphony Orchestra on BBC Radio 3.